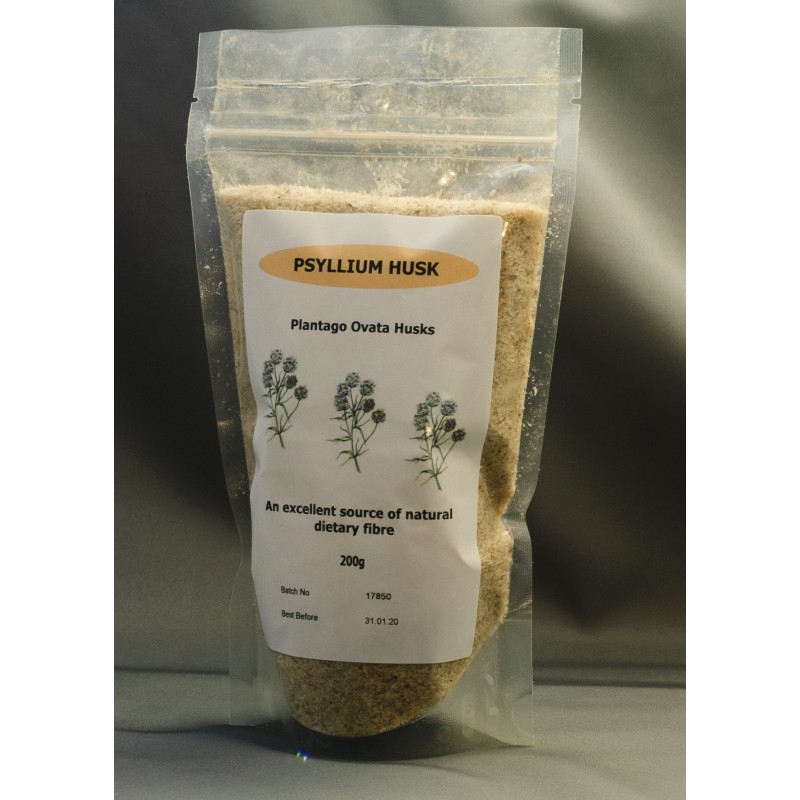 WHOLE HUSKS: used as a bulking laxative, which must be taken with lots of water. Suggested dosage: 1 teaspoon to one tablespoon daily mixed with water. The mixture must be consumed immediately as it quickly goes very thick.200 GRAMS Psyllium husk comes from the crushed seeds of the Plantago ovata plant, an herb native to parts of Asia, Mediterranean regions of Europe, and North Africa. The Psyllium seed husks have been used in herbal remedies. Similar to oats and wheat, Psyllium is rich in soluble . Traditionally, Psyllium husk is used as a gentle bulk-forming laxative for constipation. Studies have shown that Psyllium husk is effective in lowering total cholesterol and LDL (the Bad cholesterol) levels. Studies also found that a 1% reduction in total and LDL cholesterol can reduce the risk of heart disease by up to 2%. Since Psyllium husk is a type of fibre, it can alleviate constipation. In addition, recent studies also showed positive benefits of slim in BD (Carbons' Disease and Colitis). Slim acts as Probiotic - aiding to heal the inner lining of the inflamed intestines. Contraindications: In general, prescription drugs should be taken one hour before or two hours after slim, because the absorption and effectiveness of many drugs may be reduced